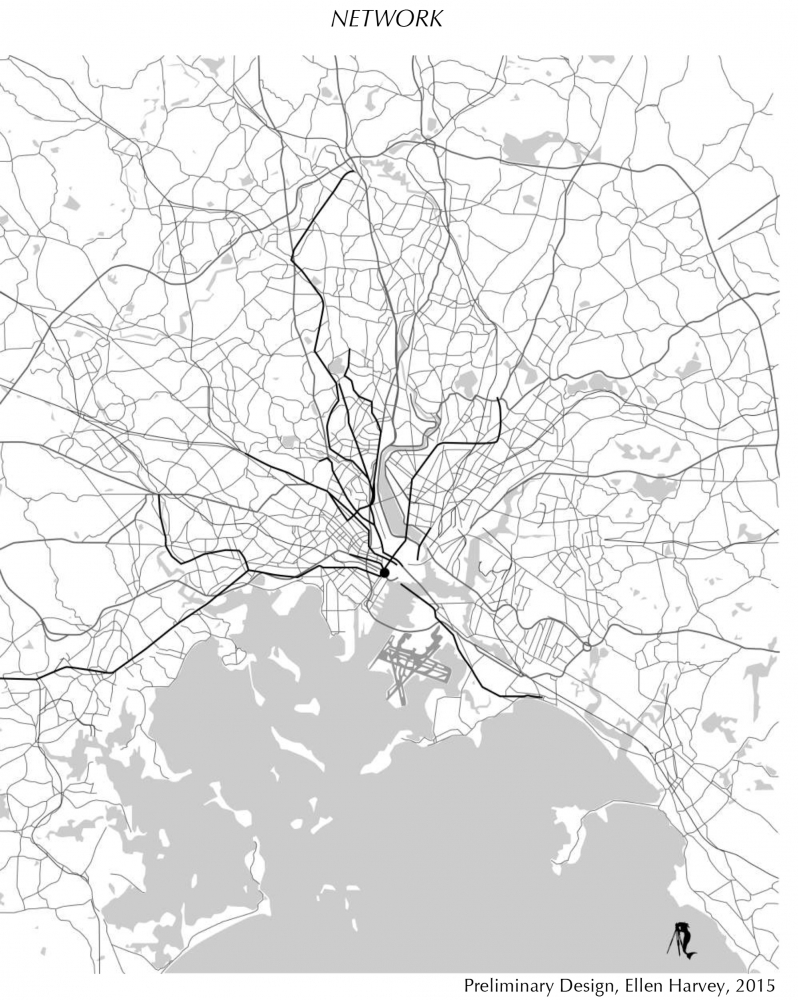 Today Boston’s South Station is the hub for a vast transportation network, encompassing not only the railways and subways but also the roads that link it to the rest of the country. The location of South Station however, reveals a not-so distant past where Boston Harbor and its rivers were the primary means of transportation. We take this transformation from natural to artificial networks for granted but it is the result of human action and human decision-making. We all travel within a hidden history of engineers, architects, surveyors, builders and politicians – many of who were women, as WTS reminds us and as we too often forget.

At present, travelers walking into the entrance into South Station are confronted by a massive blank angled wall under which they have to pass to enter. I propose transforming this wall into an abstracted map so that travelers can locate themselves within the greater Boston transportation network, providing a beautiful and thought-provoking moment as they descend the stairs. The monochrome colors of the map will echo the network of steel girders that make up the glass roof of the entrance.

NETWORK will consist of a hand-made glass mosaic map of the surroundings of South Station juxtaposing the three principal forms of land transportation (rail, subway and road) with the older water-based routes into the city. Each form of transportation is coded a different color – black for subways, dark grey for rail, light grey for roads and silver for water. As travelers descend the stairs, they move towards the ocean where a small mermaid inset in the silvery sea of Boston harbor surveys (literally) the land. NETWORK imagines a world in which the mermaid escapes her destiny of romantic frustration and temptation and decides to take on the land, just as perhaps now we need nature to lead our transportation decisions, rather than to be subject to them.