Locks Gallery is pleased to present Invisible Reality, a selection of recent work and installations by New-York based artist Rob Wynne. There will be a reception for the artist on Friday, April 7th from 5:30 to 7:30 pm and the exhibition will continue through May 13th, 2017.

For his fourth solo show at the gallery, Wynne will exhibit work across a range of mediums, including large-scale poured and mirrored glass wall abstractions, canvases of baroque imagery embroidered with text, and collaged prints of a magic act. Seduced by dynamic and mesmerizing elements, the viewer enters his world and sees oneself reflected in it, through metallic finishes and mirrored glass sculpture. Recurrent in Wynne’s work is the notion of self-awareness— literally in the material  as well as psychologically on a more contemplative level.

Wynne describes Invisible Reality as that momentary pause—that “blink” when a seemingly contradictory pairing of words actually makes for a sharper understanding. The artist’s underlying thematic stance in this body of work is a long held belief in a fourth dimension—a cosmic consciousness. Be it a slight of hand in a magician’s performance (one subject depicted in Wynne’s collages) or the physical presence of the artist’s suspended hands, cast in clay with glass eyes inlaid on the palms; an enlightened aura reverberates between works. Invisible Reality is a testament to Rob Wynne’s mastery of contradiction and exploration of fixed meaning; as we contemplate the work, we are faced with our own reflection. 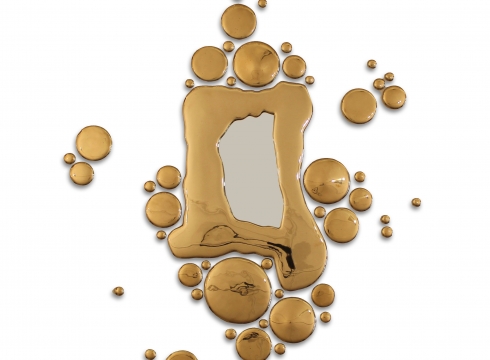 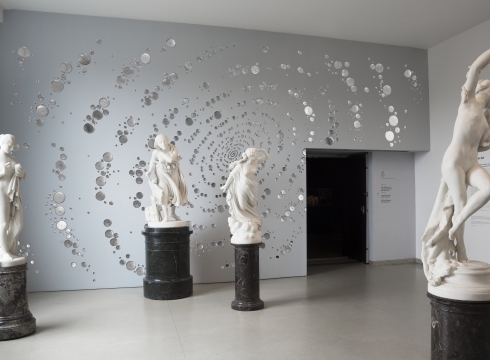 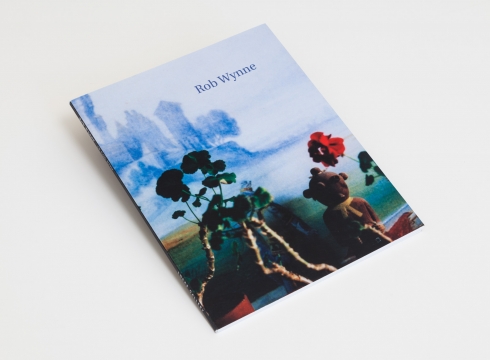