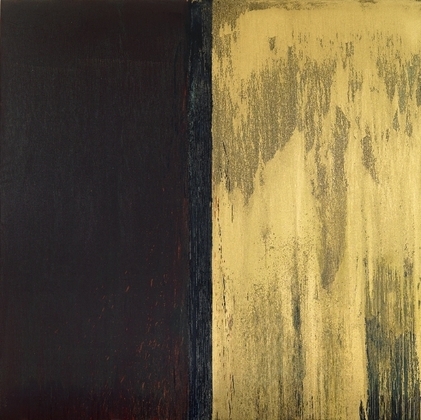 With paint application that utilizes chance procedures such as splashing and dripping, Steir waits for layers of color and hue to reveal themselves through her process-based practice. The painting's two halves interact at the center line, sometimes merging and sometimes abruptly greeting one another in contrast. This embrace of chance and a more spiritual intuitive process reflects the influence of John Cage, who she met in 1980, and Agnes Martin, who she visited in New Mexico every year for thirty years until Martin's death in 2004.

Steir characterized the Winter Group paintings in a 2011 interview with Faye Hirsch in Art in America as “going into the mysterious places, that can be very light, that can open into something light. Or that can start as something heavy and dark and metamorphose into light. I was trying to see what's more of a barrier, the light or the dark.”