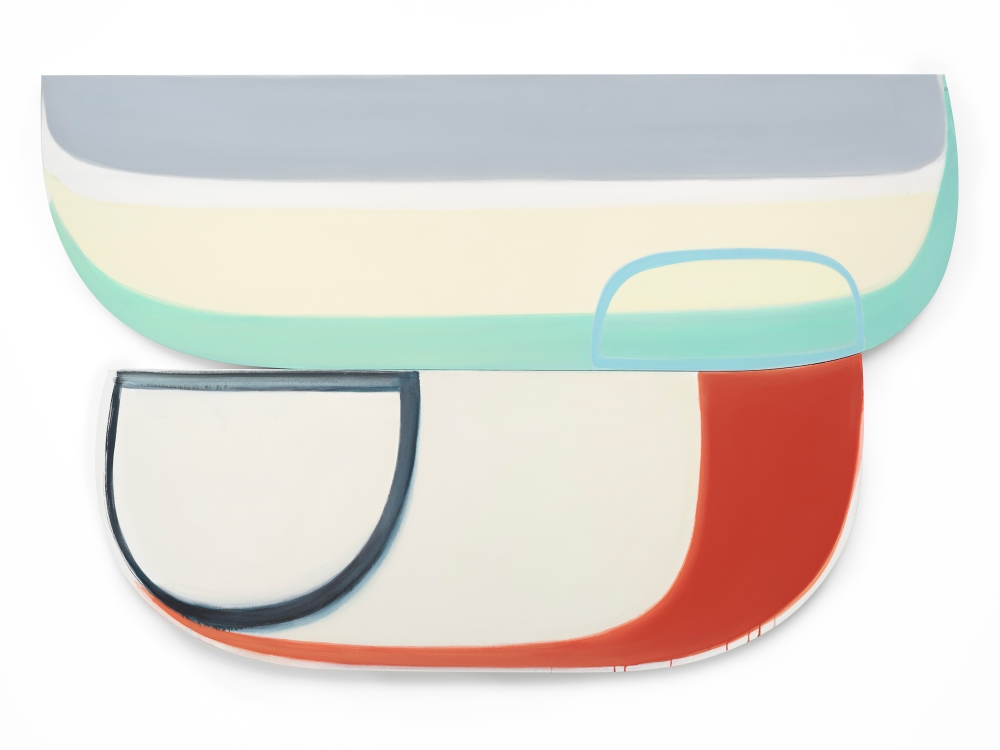 The paintings in Joanna Pousette-Dart’s current exhibition at Locks Gallery in Philadelphia typically deploy a band of color, gently arced along most of its length and curving sharply at both ends. Often, there are several bands, a few of which curve only at one end; some run parallel to the curved edges of the panels where they appear, others do not. The recurrence of this quietly striking form gives her works a strong family resemblance, yet each is independent. She does not produce series. In fact, she returns to first premises every time she launches a new painting, though it would be a mistake to look for these premises in her distinctive imagery. Prior to the curving forms and lush palette of Pousette-Dart’s paintings is her sense of the world.