"There are few people for whom life and art merge seamlessly. Such a person was Louise Nevelson. The woman who came to prominence in the fifies with her signature black-painted assemblages, later gloried in wearing a cut-velvet gown that Arnold SCaasi designed for her, replete with nevelsonian patterns in black. She was as conscious of the shadowy drama of her multiple false eyelashes as she was of the dappled recesses of her box modules. She fashioned a wall installaiton and assmebled an outfit with the same fearless energy and aplomb. At the opening of her 1967 retrospective at the Whitney Museum, for example, she concoted a dynamic ensemble of Japanese purple tapestries, an embroidered peasant blouse, and Mexican ruffled skirt, which she topped with a headdress crated from a turquoise damask napkin.

'I'm what you call a real collage,' she told a listener in 1975. 'I love to put things together. I've come to recognize that the way I think is collage.'" 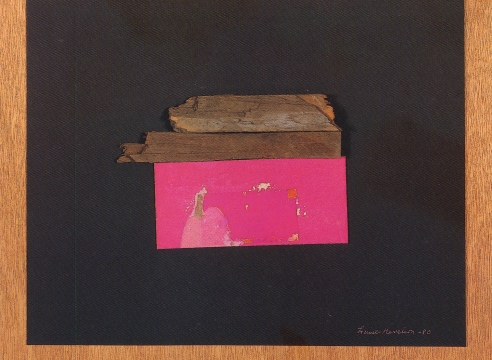