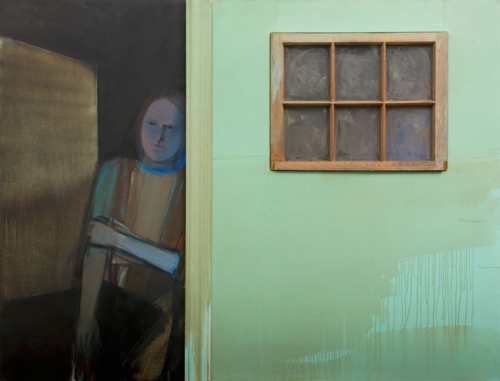 Elizabeth Osborne's work is included in "Something Clicked in Philly": David Lynch and His Contemporaries at the Pennsylvania Academy of Fine Arts, with a major 1960s work installed in the main lobby of the Historic Landmark Building. As a celebrated educator (for many years the sole female faculty member) Elizabeth Osborne has shaped the education of generations of Academy artists, including David Lynch during his time at PAFA. Included in this exhibition are other Locks Gallery artists of the era, who either taught or studied alongside David Lynch.